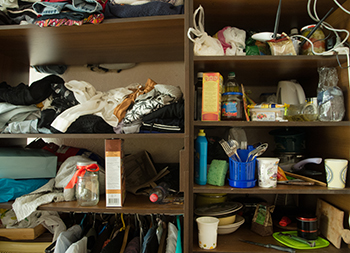 The Swedes do it. They call it death cleaning. We can do it, too.

Jura Koncius, author of the Washington Post article Americans are pack rats. Swedes have the solution: ‘Death cleaning.’, writes that the concept of decluttering before you die, a process called “dostadning,” is part of Swedish culture. It may seem morbid, but the trend is spreading:

“If your family doesn’t want your stuff when you’re alive, they sure won’t want it when you’re dead.

That’s the blunt assessment of yet another self-help author from abroad who is trying to get Americans, who have an addiction to collecting and storage units, to clean up their acts.

The latest volley in the decluttering business comes from Stockholm, where 80-ish artist Margareta Magnusson has just published a slim yet sage volume, “The Gentle Art of Swedish Death Cleaning.” The book will be published in the United States in January.

The concept of decluttering before you die, a process called ‘dostadning,’ is part of Swedish culture. (It comes from the Swedish words for death and cleaning.) Karin Olofsdotter, 51, the Swedish ambassador to the United States, says her mother and father, who are in their 80s, are in the midst of it back home.

‘My parents and their friends are death cleaning, and we all kind of joke about it,’ Olofsdotter says. ‘It’s almost like a biological thing to do.’ Olofsdotter says part of Swedish culture is living independently and never being a burden to anyone. How you keep your home is a statement of that.”

Read the rest at Americans are pack rats. Swedes have the solution: ‘Death cleaning.’. 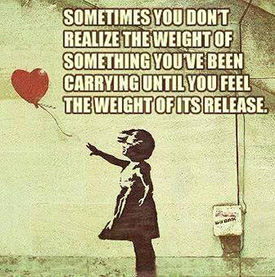 "Before starting with an organizing client, I endeavor to understand him. With each exchange I come to know him better, and therefore, understand more."
- Mary Lynne Murray

"You cannot shake hands with a clenched fist."
- Indira Gandhi

"May I never get too busy in my own affairs that I fail to respond to the needs of others with kindness and compassion."
- Thomas Jefferson

"There must be more to life than having everything."
- Maurice Sendak

"Have nothing in your house that you do not know to be useful and believe to be beautiful."
- William Morris

"Sit down with your child(ren) or heir. Share your wishes, provide copies of your legal documents. Leave clear instructions. This goes a long way to avoiding confusion and arguments after you are gone."
- Mary Lynne Murray

"You don't need things to remember someone. Close your eyes, picture your loved one, and your heart will help you remember."
- Mary Lynne Murray

"I'm a big believer in giving it away NOW, while you have the capacity to do so. All the blessings of giving come back to you!"
- Mary Lynne Murray

"When you can't find things, it's time to get organized."
- Mary Lynne Murray

"Practice gradual downsizing by playing the One in, One out game. Every time you purchase one thing, get rid of one thing. YOU are in charge of the flow of stuff, in and out of your home."
- Mary Lynne Murray

"Living like a minimalist is not for everyone, but reducing the amount of clutter is."
- Mary Lynne Murray

"Let's get off our screens and devices and spend more time free-thinking. Set a side even a few minutes each day to think."
- Mary Lynne Murray

"What do you care about? Do you care about yourself, or do you neglect self-care? One aspect of practicing self-care is to care about the order in your home, because it has a profound affect on your well-being!"
- Mary Lynne Murray